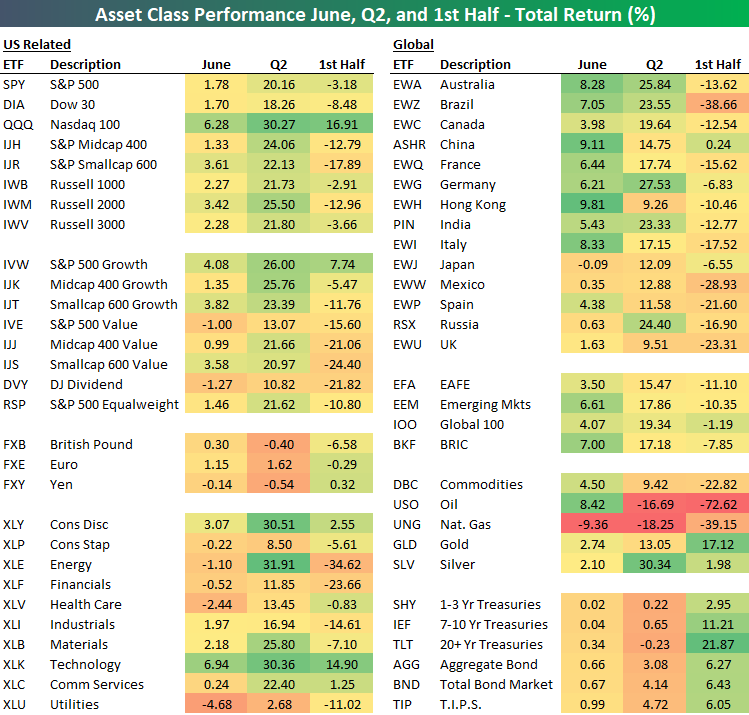 These gains came in spite of weak economic data and earnings expectations.  So, what gives?  Markets tend to be forward looking and discount future events.  Just as the market was forward looking on the way down (in February/March) in response to Covid-19 concerns, it tends to be forward looking to a recovery.  In addition, liquidity from the Federal Reserve, and fiscal stimulus (i.e., The Cares Act) from Congress, were driving factors.  Speaking more to the former, unprecedented asset purchases and Balance Sheet expansion by the Federal Reserve helped to put a floor under the S&P in late March and fuel the rally off the lows as indicated by the following chart from Bloomberg. 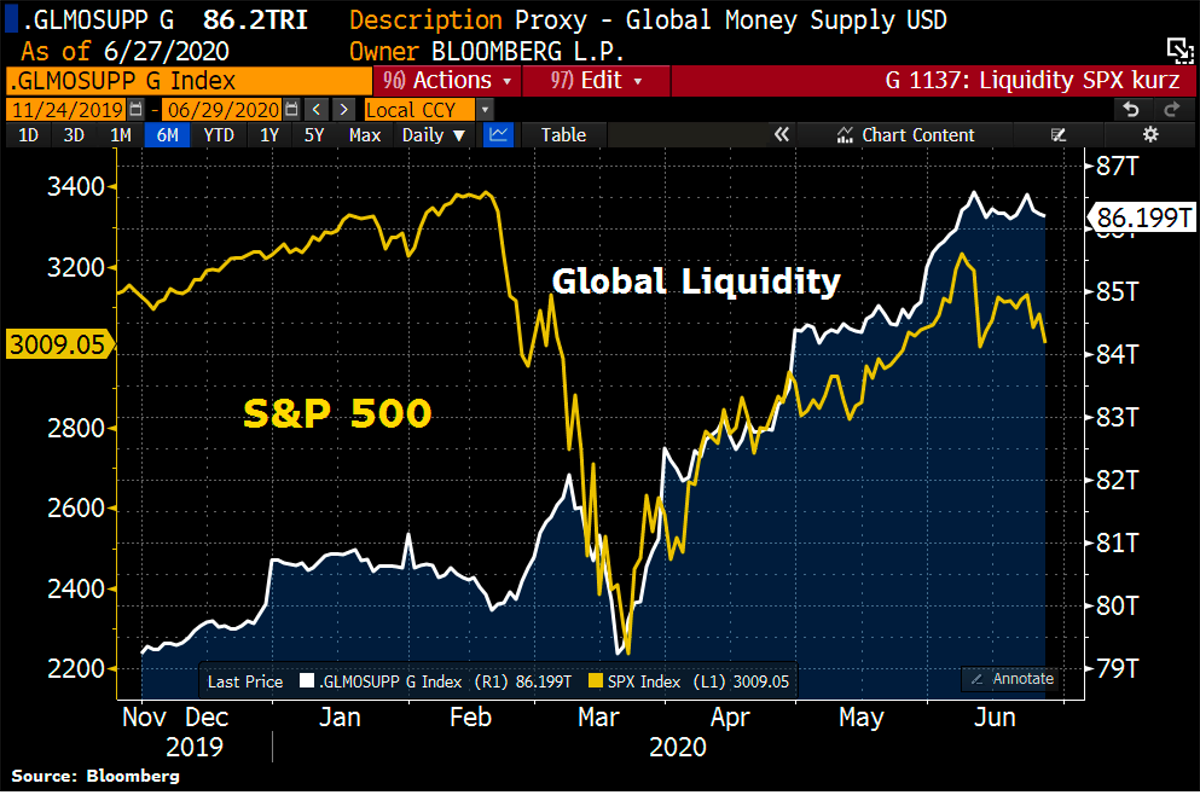 Aside from the liquidity factor, we have seen continued improvement in economic data which suggests that the worst of the crisis may be behind us; however, we would caution that the road to recovery likely remains slow and uncertain.  One area that we’ve seen improvement in is the labor market.  As the economy began to quickly shut down in mid-March, jobless claims spiked to levels unmatched in any prior recession.  As the following chart from Merk Investments indicates, jobless claims in early April were over 5 million per week but are trending lower, as are continuing jobless claims which would suggest that the worst for the labor market and job losses may be over. 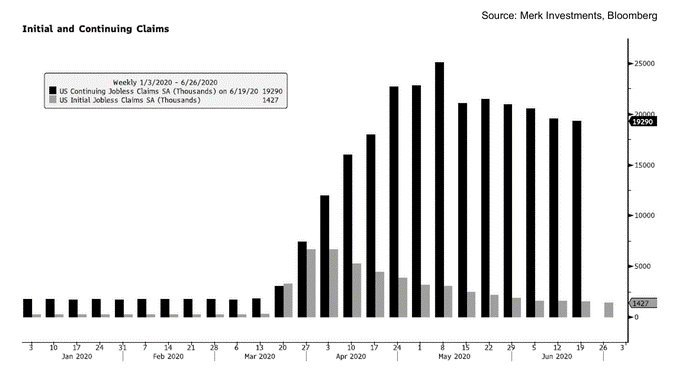 Shifting gears, the Federal Reserve (Fed) was arguably the biggest driver of gains in both the equity and fixed income markets in Q2.  As JPMorgan notes in the following chart, the Fed went on an unprecedented asset purchase binge that  dwarfed prior rounds of quantitative easing.  In fact, the Fed has increased its Balance Sheet by $2.9 trillion since March 23rd to a figure just north of $7 trillion.  These purchases helped add liquidity, stability, and confidence to reverse the negative sentiment from Q1 brought about by swift asset price declines and high volatility.  The old adage of ‘don’t fight the Fed’ was on full display since markets bottomed in late March and have rebounded sharply since. 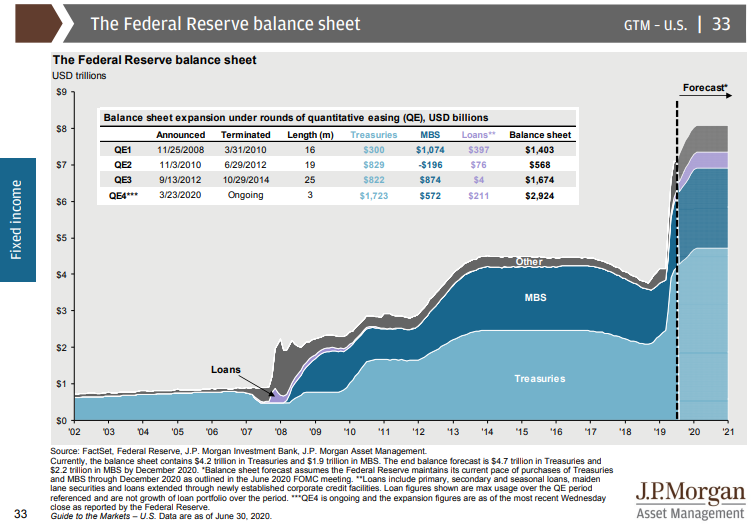 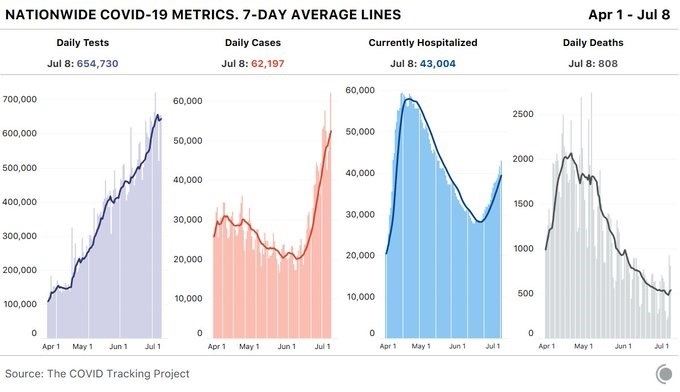 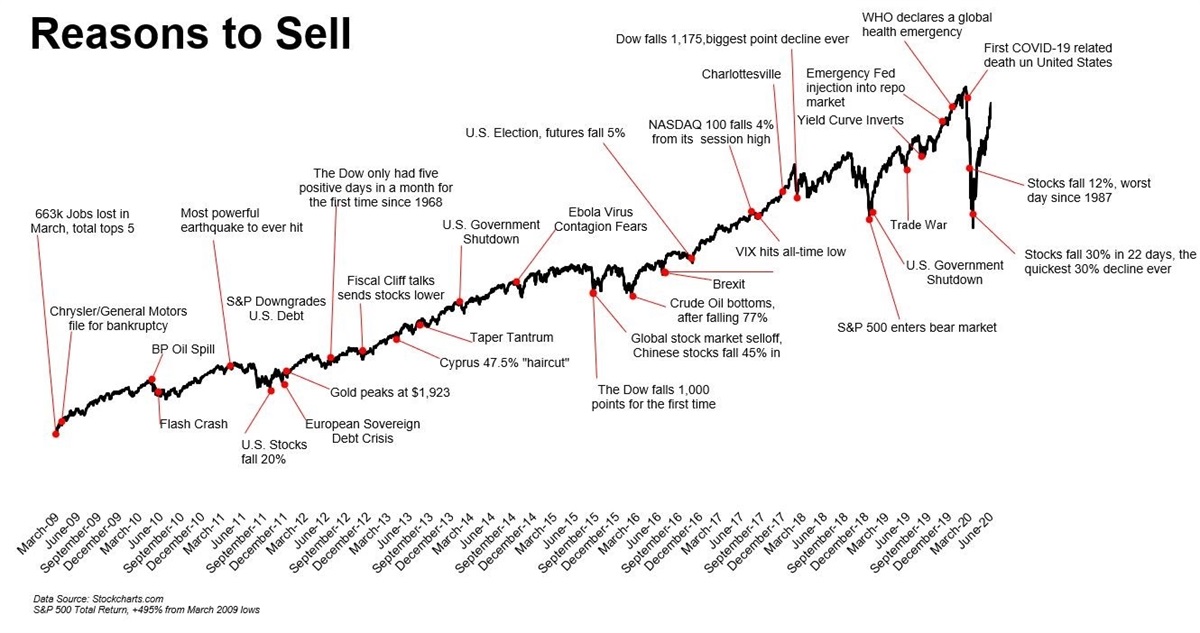 As always, feel free to reach out to us if you have any questions or concerns.

This commentary is provided for general informational purposes only and should not be construed as personalized financial or investment advice.  Information has been obtained from sources deemed reliable but is not guaranteed.  Securities and investing involve the risk of loss. No strategy can assure a gain or the avoidance of loss. Any comparative indices shown are unmanaged and are provided as an indication of the performance of a given segment of the capital markets.  Indices cannot be invested in directly, and the returns shown do not reflect any fees, costs, or expenses.  Past performance should not be relied upon as an indicator of future performance. Forward looking comments necessarily involve known and unknown risks and are subject to change.  There can be no assurance that forward-looking statements will prove to be accurate, as future events could differ materially from those anticipated. We undertake no obligation to update forward-looking statements if circumstances or opinions should change.